More than 2000 species of terrestrial fauna are identified in Cape Verde, distributed in three phyla (Molluscs – 2%, Arthropods – 95% and Chordates – 3%), 10 classes, 54 orders, 380 families and 1 349 genera. Santo Antão is the second island with the highest number of species registered (39%) in the archipelago, after Santiago Island (59%).

Birds – In the archipelago is listed the occurrence of about 240 species, between native and migratory birds. Of the 41 native species, 13 taxa (5 species and 8 subspecies) are considered endemic, and more than 50% of the indigenous species are inscribed on the Red List of Birds of Cape Verde with some degree of threat. According to available information, in Santo Antão there are 18 native species and 38 migratory species. However, the bibliography suggests that these numbers are higher.

Reptiles – Almost all species of Cape Verdean native reptiles are endangered and their conservation status has been updated recently. In Santo Antão Antão are endemic Tarentola capeverdian, Chioninia fireensis antaoensis and Hemidactylus bouvieri.

Arthropods – With more than 360 species considered endangered, it is the group with the highest specific diversity in the entire archipelago, besides being the most endemic (450) with about 83% of the endemic species in the country.

Santiago and Santo Antão (703 species, of which 147 are endemic) are the islands with the highest specific diversity of arthropods.

Insects include dragonflies (Odonata) and butterflies (Lepidoptera). There are 16 species in Cape Verde, of which 10 species are present in Santo Antão, two of them exclusive to the Island (Anax rutherfordi and Anax tristes).

The marine biodiversity of Cape Verde presents an immense wealth, having a high specific diversity and numerous endemic ones.

Despite limited availability of nutrients, the archipelago has been rated as one of the most important sites for the conservation of global marine biodiversity. 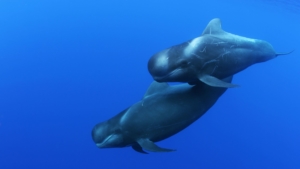 Marine mammals – The cetacean community in Cape Verde has a remarkable diversity, with some species such as the Humpback whale, with high potential for the development of ecotourism, namely for observation and diving activities. In the archipelago is confirmed the occurrence of 29 species of marine mammals, with probable occurrence in Santo Antão.

Seabirds – Seabirds or pelagics are species that depend entirely or largely on the sea for the development of their biological cycle, coming to land only for nesting. In Cape Verde, these species belong mainly to the order of the Procellariiformes, that includes, for example, the cagarras and the pines. At least nine species of seabirds occur on the Island, including the Gongon (Pterodroma feae), the Cagarra (Calonectris edwardsii) and the Reedtail (Phaethon aethereus). 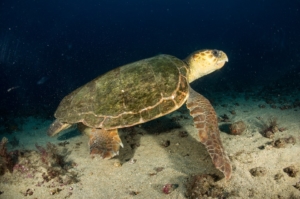 Marine reptiles – Of the seven species of sea turtles that exist worldwide, five can be observed in the waters of Cape Verde. The Cape Verdean coast has one of the largest breeding colonies of the Common Turtle (Caretta caretta), which nests on most of the country’s beaches, and is a very important area for feeding juvenile Turtle-hoofed (Eretmochelys imbricata) and Green Turtle (Chelonia mydas).

In Santo Antão, between Cruzinha da Garça and Tarrafal de Monte Trigo, it is an important spawning area for the Common Turtle (Caretta caretta); growth and feeding for juveniles of Green-winged Turtle (Chelonia mydas) and Headed-up Turtle (Eretmochelys imbricata); as well as the migratory corridor for Dermatochelys (Dermochelys coreacea) and Tortoisestatus (Lepidochelys olivacea). 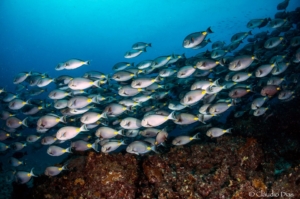 The archipelago is considered to be one of the most important marine biodiversity points in the world, with a large number of endangered species and an endemicity center for Atlantic fish with a high potential for ecological tourism. 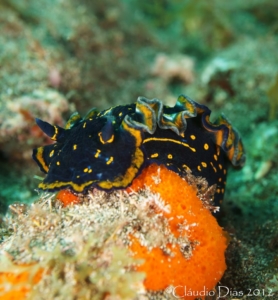 Marine molluscs – At least 168 species are described in Cape Verde. Only in the Conus genus has been recently identified the existence of more than 90 endemic species of marine snails, which represent more than 10% of the world diversity. In Santo Antão, there are at least four species of marine gastropods identified and, among them, one endemic to the Island, Conus fernandesi.

Marine Arthropods – There are two endemic species of Cape Verde with presence in Santo Antão: the Pink Lobster (Palinurus charlestoni), with a status of troubling threat; and the Percebes (Pollicipes caboverdensis).

Coral communities – The archipelago is considered an important hotspot for coral diversity and one of the world’s priority areas for the conservation of coral communities with high ecotourism potential.

A total of 65 points were identified along the coast of Cape Verde, where important coral communities were recorded; three of which are located on the island of Santo Antão, namely in Ponta do Sol, Sinagoga and Pontinha de Janela.